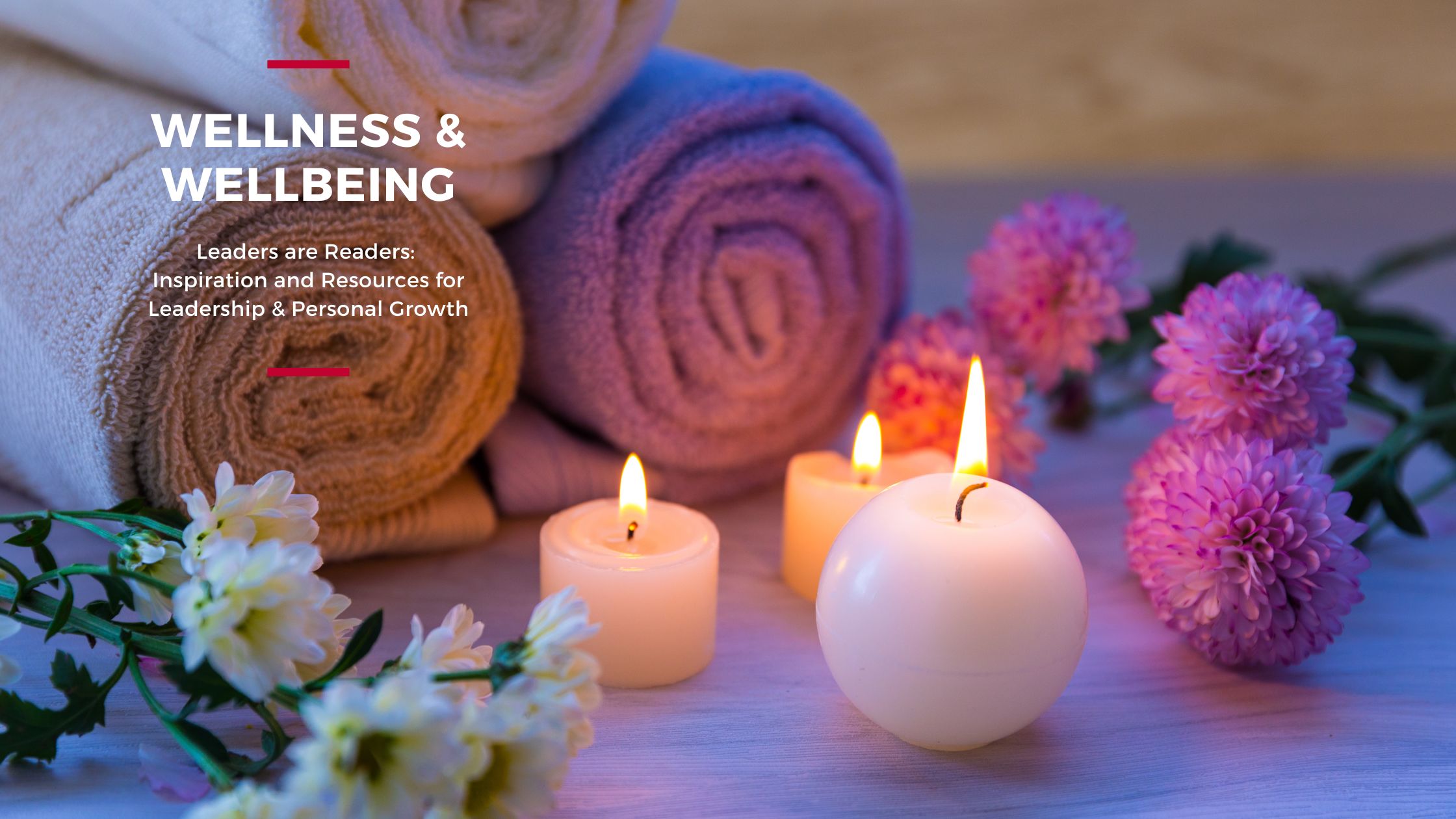 It’s rather ironic that in my last newsletter, I suggested the next topic be Wellness, as I was guilty of “falling very behind on implementing that in my own life” and wanted to hold myself accountable. Having then not been able to write the newsletter last week, due to being unwell (of course!), I hope this week’s newsletter is a timely reminder to prioritise your own wellness, ahead of one of the busiest times of the year.

Clearly it is not only a topic to discuss and passively learn about, but one that I at least need to work more proactively on in real life! How about you? Although I am a triathlete and pretty good at self-discipline, the marathon that is wellbeing is actually not my forte. I’m not as good at prioritizing my own self-care as I should or want to be.

You know how it is when you get really busy, and you just can’t do everything? You become the easiest thing to deprioritize, right? And it’s “only” today. You can’t do that thing for yourself today, but you’ll do it tomorrow.

I call that Aggregate Blindness. When we are blind to the cumulative result of a repeated action. You put off something till tomorrow, which seems harmless because it’s only 24 hours. But you don’t pay attention to the fact that you actually put it off yesterday, and the day before and the day before. Today’s deprioritization may be minimal, but the cumulative effect is massive. And harmful.

Sleep is my Waterloo. My friends and family joking refer to my “Cinderella Syndrome”: I turn into a pumpkin at midnight. 😉 Over the last few months, I know I have not been sleeping enough. I am absolutely a morning person, and yet I’ve started pressing snooze for the first time in my life!

So I listened with real interest to this podcast on how getting bad sleep is affecting your health. One of the experts interviewed was THE sleep guru, Dr. Matt Walker.

Walker also gave a brilliant TED Talk on how sleep is your superpower. This section in particular made me sit up and take notice:

We have since discovered that a lack of sleep will even erode the very fabric of biological life itself, your DNA genetic code. So here in this study, they took a group of healthy adults and they limited them to six hours of sleep a night for one week, and then they measured the change in their gene activity profile relative to when those same individuals were getting a full eight hours of sleep a night. And there were two critical findings. First, a sizable and significant 711 genes were distorted in their activity, caused by a lack of sleep. The second result was that about half of those genes were actually increased in their activity. The other half were decreased.

Um, this is not good news, especially as I have been averaging 6 hours of sleep a night for weeks (if not months) now. Getting more, and more regular, sleep is definitely my #1 priority for wellbeing going forward!

HOW TO BE YOUR OWN THERAPIST…

One core aspect of wellbeing is mental health. Dr. Julie Smith does really informative and easy-to-digest daily reels on Instagram, and recently wrote a book Why has nobody told me this before?

Smith was recently interviewed on one of my favourite podcasts, and I really enjoyed how she talked not only about more commonly known mental health tips such as journalling, but also about how helpful it is to know your own core values. A great listen!

As I’m sure you can imagine, I read a lot of books. 😊 And I have even more books in my TBR (To Be Read) pile!! How to choose what to read next?!

Well sometimes the universe gives me a nudge. While attending the opening night of the Royal Scottish National Orchestra in Glasgow last month, a man sitting across the aisle from me happened to have a book with him that was on prominent display:

The title really grabbed me. Somehow, there was just something that told me I needed to read this book. So I bought it, and it shot to the top of the TBR pile.

And then, in a continuation of the serendipity surrounding this book, one of my fellow coaches on a workshop happened to also be reading the book. Because it was the next month’s choice in her coaches book club! Isn’t it fascinating how coincidental life can be?!

She invited me to join the book club, and we had a fascinating conversation around this book.

The book is an incredibly valuable and insightful resource into how much our mental health affects our physical health. In ways we might never have imagined. It was both informative and sobering. The line that caught my attention most was “the greatest sources of our suffering are the lies we tell ourselves.” How true that is! Negative self-talk, imposter syndrome, self-doubt – we can be plagued by our own thoughts and those thoughts can damage more than just our minds!

Particularly given that the topic of the last newsletter was Hybrid Work, I found this article on how remote work is actually better for wellbeing to be really interesting! The statistics are clear:

“Consider a 2022 survey by Cisco of 28,000 full-time employees around the globe. Most respondents (78%) said that remote and hybrid work improved their overall well-being. Of the small number who reported their work-life balance had not improved or had even worsened, the number one reason cited by over two-thirds of respondents is “the difficulty of disconnecting from work.”

Some 82% report the ability to work from anywhere has made them happier, and 55% report that such work decreased their stress levels.”

That is a clear vote for hybrid or remote work! There is however, one major category in which we fare much better when working in-person, and that is setting boundaries between work and private life. That is something we really need to get better at!

I wasn’t feeling great last week, so I was in the mood for a good old fashioned whodunnit. And my timing was great, as one of my favourite Canadian authors, Linwood Barclay, just came out with a new book! His books aren’t deep literature, but they are engaging and fun to read. And sometimes that is exactly what I’m up for. 😊

Take Your Breath Away tells the story of Andrew – a man whose wife vanished 6 years ago. She’s never been found and he has been living under a cloud of suspicion of murdering her for all those years. I really didn’t know where the story was going to go – it might have been a light read, but it wasn’t so formulaic that I knew the plot “twists” before they came up. I genuinely was surprised by the directions the plot took. Some of them may have been a bit far-fetched, but it was a good ride nonetheless!

It has been an incredibly busy fall for me, and I admit I let my wellness & wellbeing slide. But I’m publically promising here to commit to more sleep, less aggregate blindness, and to working on improving my wellness habits. I have signed up with a Mindfulness Coach, and have also started doing some breathing yoga! Stay tuned – I’ll report back how I get on!

I’d love to know if you have any tried and true wellness habits. How do you keep yourself balanced and your reserves full?

The next newsletter, and final issue for 2022, will be sent out on December 9th.

Until then, wishing you a beautiful weekend!

P.S. I chose the following quote because a friend sent it to me last week, and it rang all too true!