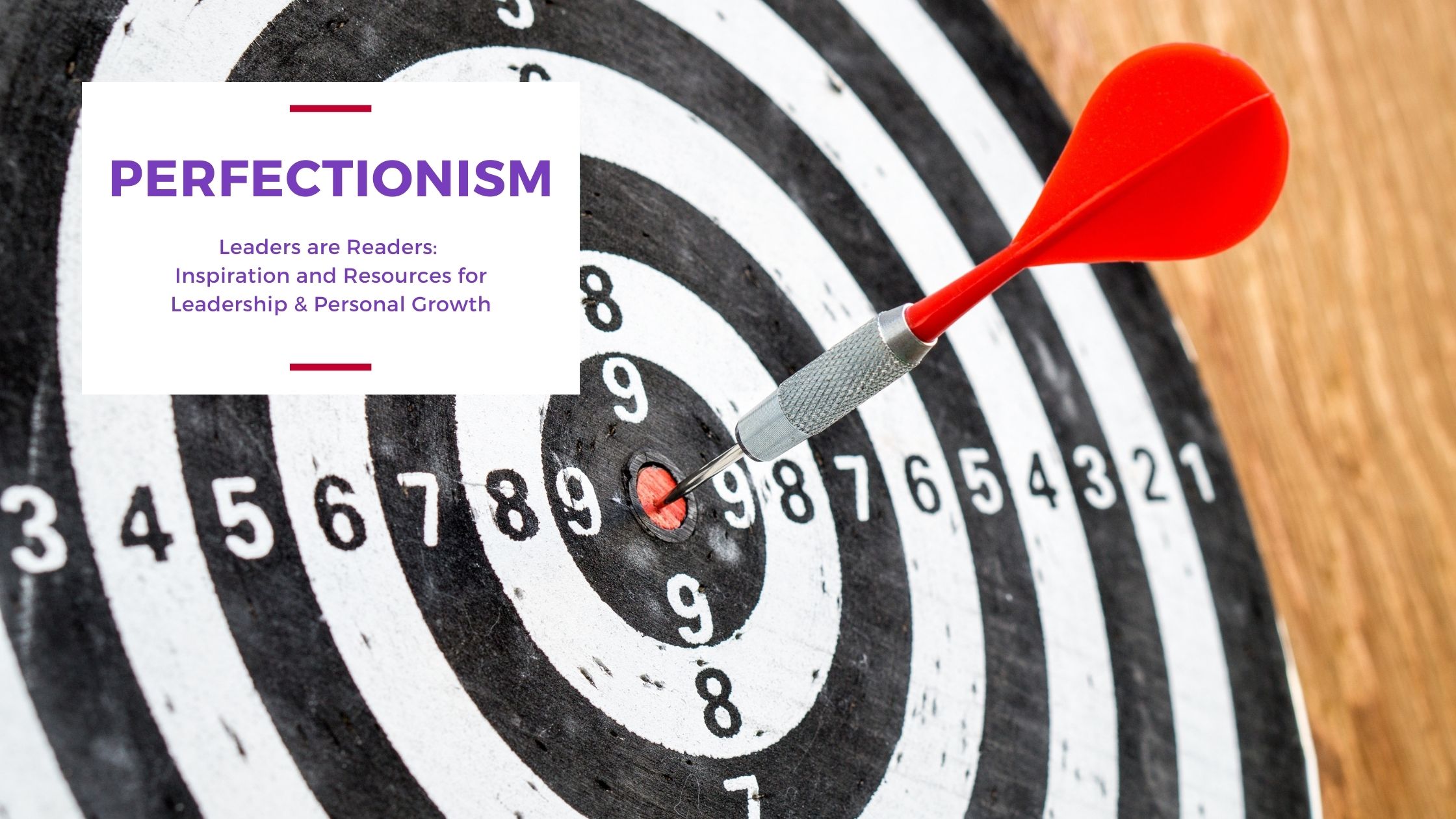 When I took the Leadership Circle 360° Feedback certification in March [which, by the way, I am now very pleased to be able to offer to clients! 😊 ], each of us had the opportunity to have our own 360° Assessment done. We used our own reports to practice understanding what the data said, and learning how to identify the insights from the assessment. There are 11 “Reactive Tendencies” (aka weaknesses) in this leadership assessment, and of course we all have at least a few! But most of us have one or two really strong points in this category.

One of mine? Perfectionism.

And as I learned through that process, perfectionism isn’t actually a strength. As Gloria Steinem says, “Perfectionism is internalized oppression.” It’s actually very limiting. In striving for perfection, we often become too focused on a rigid expectation of an outcome and this hinders experimentation, out-of-the-box thinking, and passion for the process. “Progress over perfection” didn’t become a cliché out of nowhere!

So I’ve been learning about perfectionism and its limitations lately and thought you might enjoy learning along with me!

By now, I’m sure you know I’m a huge fan of Brené Brown. I love her work and how brilliant yet accessible she is. While a guest on the Ellen show, she was asked how to get started on a project if you’re a perfectionist. [Watch from minute 02:00 to 03:11] Her answer was such a light-bulb moment for me. I hadn’t thought of perfectionism in this way, but as I listened it really resonated:

All this time, I thought striving for perfection WAS striving for excellence!! But they are opposites?!?! Who knew that?!?! I sure didn’t. As I listened to this interview, the truth of what Brown was saying was inarguable. I was aiming for perfection in order to be my best self.  Such a mindset shift to realize that that’s actually not the way to go about it!

I’m the first child (of three girls). I grew up with lots of expectations of academic success. Countless studies show* that girls are much less encouraged to speak up or be brave in school, and I learned early on that delivering good grades was the best way to gain approval and recognition in my environment. This was what education looked like in the 80s, and sadly to some extent still does.

I recently read Reshma Saujani’s wonderful book, Brave, not Perfect. She describes her own childhood with an almost eerie similarity to mine:

“From the time I was a little girl, I had always set my sights on being the best, and every move I made was an effort to make me appear smart and competent and in turn open doors to other positions that would make me appear smart and competent. I made all these choices to build the ‘perfect me’, because I believed that would lead to the perfect life.”

Um, was she a fly on the wall of my childhood?! Because this tracks.

Now thankfully, this is not the one and only driving force in my life. (And hopefully not yours either!!) However, as Saujani says, “So many women stick to doing only the things at which they excel, rarely going beyond what makes them feel confident and comfortable.”

Even knowing that can have a huge impact. Recognizing that this is a pattern of behaviour, and that there is a mindset shift required to move from striving for perfection to striving for excellence is so important!! We’ve talked quite a bit here about how experimenting is a good thing, and how failure can teach us a lot about how to succeed, and this is yet more data that supports and encourages that!

Saujani also gave a wonderful TED Talk on “Brave not perfect” that’s been watched over 6 million times. Well-worth 12 minutes of your time!

* According to The Authority Gap, “boys have eight times more classroom attention than girls.”

BREAKING UP WITH PERFECTIONISM

Right. So if perfectionism isn’t getting us to who, what, and where we want to be, what should we be aiming for instead?

According to Adam Grant, “First: recognize that excellence does not require perfection. Evidence shows that it’s aiming high, not pursuing perfection, that gets results.”

In Grant’s Work Life podcast, he discusses “Breaking Up with Perfectionism” (a very cool title – isn’t it your teenage self that learned to strive for perfectionism? Breaking up with it is the perfect metaphor!).  Perfectionism is about trying to convince others that you have achieved excellence. Perfectionism, as it turns out, is the Socialized Mind! And as we are aiming for, and working towards, the Self-Authoring Mind,  internal – not external – validation is the goal.

“Psychologists find that one of the liabilities of perfectionism is being obsessed with maintaining your image. If you focus instead on working toward mastery, you can stay motivated to keep bettering your OWN best. … The person you’re competing against is your past self, and the bar you’re raising is for your future self.”

This is one of the lessons I’ve learned through triathlon. I am only competing with my former self, not with anyone else.

It’s certainly a journey to undo decades of perfectionism, but I think I’m getting better at it. And am even enjoying the process!

Have you ever been seriously irritated by a literary character?? I had so many people recommend “Beach Read” to me, but the main character drove me mental!! She was so melodramatic and so often I thought “why doesn’t she just talk to her boyfriend instead of making up doomsday scenarios and wallowing in self-pity all the time?!?” Such a tired trope.

So when I asked my friends for a light fun read and got “read Book Lovers by Emily Henry!” [i.e. the same author who wrote the above-mentioned eye-roll-inducing misfire] I was not at all interested. But then they started telling me about the sarcastic banter between the two main characters, and how fun the story was, so I decided to give it a go.

And I really enjoyed it!! It was (unsurprisingly) quite formulaic, but the dialogue was delightful and I found myself making time to read it. Always a good sign! It was just what I’d been after: a light, fun read.

WHAT I’M LISTENING TO…

I’ve mostly been listening to episodes of my favourite podcasts lately, rather than bingeing something all at once, but this past weekend I was in the mood for something gripping and boy did I find it!!

Father wants us dead is the true story of John List, a man who planned and executed the near-perfect crime. List murdered his mother, wife, and 3 children in cold blood, and had things so well-planned that it was almost a month before the bodies were found! He managed to change names and move from New Jersey to Colorado where he lived for 18 years – even remarrying!! – before finally getting caught after being featured on the American crime show “America’s Most Wanted”.

It’s an absolutely gripping story and would probably sound unbelievable if it weren’t true! Excellent reporting and story-telling on the part of the podcast hosts!

As we head into the summer – and in the spirit of Brené Brown, who has taken a 14-week sabbatical to rest and recharge after two very intense years – I am going to be a little bit more restful during the next couple of months. As it is the summer, and many of us will be on vacation, for the months of June, July and August, the JNH Coaching Newsletter will be issued monthly. This is June’s . 😀 Look out on July 15th and August 19th for those monthly editions! Our regularly-scheduled, biweekly programming will resume on September 2nd.

Have a beautiful weekend!